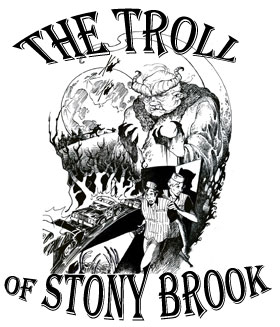 What would happen if a troll still lived in the diminishing wild around us?

To explore that question comes FinalRune’s environmental fantasy, The Troll of Stony Brook.

An awkward teenager, Jamie, is driving home one night from a party when he hits something – something big. His pushy co-worker, Rick, talks him into going back to the scene of the accident… and what they find will change them both forever.

finalrune · The Troll of Stony Brook

Recorded on location in South Portland and Alfred, Maine the spring of 2010. Additional studio recording courtesy of Mind’s Eye Productions.

Learn more about this show (including a wacky documentary!) by seeing our accompanying Behind the Scenes page:

Behind the Scenes – The Troll of Stony Brook