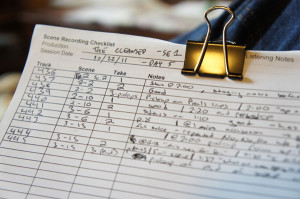 Back in 2007 I said, “I think an “all you can eat” subscription based radio drama/audio theater store is apt to be more successful than anything else.”

It’s now 2014 and I think the same thing, though sadly that killer site has not yet come to be. What? We have iPhones, grumpy cat, angry birds, and $19 billion messaging apps, but audio drama still hasn’t made it from the transition from obscurity to mainstream?

Sigh. It frustrates me, too.

What’s also frustrating, it that it is really, really hard to find great new material.  When you find a sizzling new radio play, it floors me (winner of this contest recently is the Dublin-based dark comedies Any Other Dublin).  It reminds me of why I’m in this, what makes audio drama so good.

Part of this is because there just honestly isn’t that much great stuff being produced.  For every The Truth (and truly, there is only one), there are dozens of hackneyed, tired, stock-FX’ed fan fic shows recorded in someone’s basement while their roommate snores in the next room.  The internet has made it so that this material gets out there and mixed in with the great stuff.  So when someone goes into the iTunes store and starts surfing for audio drama… well, God help them.

I say this as someone who loves podcasting.  Podcasting is what has made FinalRune what it is and without it I certainly wouldn’t have made it into the Wall Street Journal or even my local daily paper.  But if audio drama has a future, it needs to get past podcasting.  Podcasting may be able to support a few extraordinary titles that break away from the norm – the We’re Alive‘s and the Nightvale‘s – but most shows aren’t going to get that success.  Many shows are excellent one offs or mini-series, well worth a listen, but not with the staying power to attain a cult following.  The people who make those kinds of shows are producers first and foremost, and their lack of a marketing machine to back them up stands in the way of getting those titles to the average listener.  The fact that the fan-fic creators tend to be more versed in the internet than the talented producers is particularly unjust.

So, what to do? Audible.com is so vast that it beggars description – it’s almost impossible to distinguish audio drama titles from the crowd, and even if you do purchase through Audible the royalties paid out to the producer are so miniscule that they’ll never be able to fund new productions with it.  And don’t even get me started on CD sales.  My thoughts on pay per download are known.  Crowdfunding is promising and several producers (myself included) have used it to good effect.  But crowdfunding alone can’t run an industry.

This brings me back to the App.  Audio drama needs a store.

Since the Lodestone Catalog closed in 2007, there has been no purpose-made catalog for purchasing audio drama productions.  There is no front-door, no easy portal to the insane wondrous mind-bending joy of the medium.  If someone asks a friend, “Hey, I liked this, how do I get more of it?” the best they can do is send their friend down the rabbit hole of the iTunes store search feed.

Some people enjoy panning the great wide ‘net in a desperate hope for gold, but most people have 100,000 other things to get to and wading through crummy RSS feeds is not on their to-do list.  People do not give bad audio second chances.  Which is why we need curated content – the good stuff – delivered by an incredible simple to use and elegant mobile App.  Think Pandora for audio drama.

I have started down this foray myself, with fits and starts (and you can see the results thus far on my sister site, Radio Drama Revival).

We’re talking about producing shows with mainstream appeal – grabbing B-list TV properties, writers of some renown, and other media properties that have a native audience.  We’re talking about funding these with reasonable budgets – say $150,000 – $250,000 for a 4-5 hr mini-series – which is enough to hire proper talent but not so expensive that you can’t recoup your costs once you get steady revenue going.  By picking works that have potential audiences in the millions, you only need a small percentage (I find 3-5% convert on my ‘freemium’ model on this website) to pay to subsidize the rest.  Since it’s all built to scale on the internet, you just need to establish a modest subscriber base and you have a tidily profitable business.  Equally important is ensuring that royalties for the model are paid out equitably to the producers, so that the people creating the work will want to promote this site first as the best way to access their material, rather than trying to funnel everyone to their own personal production website.

Are people going to listen?  I think they will.  Listening to a dramatized story certainly isn’t any weirder than Twitter, and despite all of the other distractions out there, you still aren’t allowed to watch TV while driving a car.  So long as there are commutes, audio drama has a future.  Give them something more engaging that the talk, music, and spiffy sound effected urban chic shows and give them story.  Reel people in with something familiar, and they will want more.

That is why the discovery platform is so important – the experience needs to consist both the listening of the familiar thing – the awesome killer addictive special edition of a TV series you wish they had made more episodes of – as well as a way to get you digging deeper into lesser known material, which offers hundreds of happy hours of listening ahead of you.  The App should learn your tastes, be flexible for your listening habits, and make it easy to get hooked (First one’s free, folks…).

Audiobooks are currently a multi-billion dollar industry.  Audible is struggling to scale quickly enough to create audio versions of all the books they want out there.  So why is audio drama relegated to one dark corner of internet obscurity?  To me, it’s lack of vision.  For audiobook publishers, the cost to hire a bunch of actors and sound designers, when they’re use to (barely) paying a single narrator, seems obscene.  To TV and film people?  I don’t know, maybe they haven’t thought of it.  We could create killer audio drama in the pocket change they lost on the set of Transformers 3.

Within audio dramatists, you find great artists, but not great businesspeople.  None of us has access to the capital to create a really incredible production – top notch writers, top notch actors, top notch studio.  Skills?  Yes.  Drive? You bet.  Oh, of course there’s Dirk Maggs, with Neverwhere, starring Benedict Cumberbatch and Sir Christopher Freakin’ Lee and promoted by Neil Gaiman himself.  And what happens?  The BBC runs it for a week and then buries it forever in obscurity.  As of this writing, there is nowhere legal to purchase the drama (not quite true, apparently it’s available on Audible – thanks EC Bond).

And you wonder why the medium is obscure.  Silicon investors with big oodles of cash: Are you listening? Throw us your pennies and we’ll make you a kingdom.